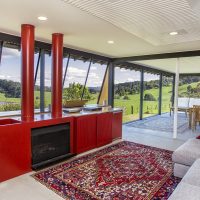 Situated in the beautiful farmland of Robertson was a rambling old dysfunctional brick veneer farm house, with one bad addition after another, most architects and builders would’ve demolished the house entirely, to start fresh. Instead the house has been transformed into another Glenn Murcutt masterpiece. Somehow Glenn has managed to establish his signature design style […] 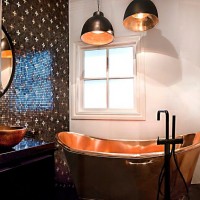 This home is truly spectacular, every room has been fitted out by the owners showing their impeccable taste in furniture and artwork selection. The owners had recently purchased the home which had previously been extended and renovated. The remaining space that was untouched was the main bathroom. This particular bathroom is used by one of the owners daily and for their guests that regularly come to stay. My brief was to make this bathroom a room that would impress anyone […] 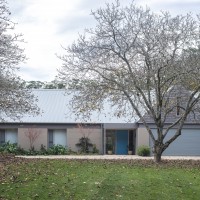 On a beautiful sun-drenched block of land in an established part of town sat a 50’s style brick home that just couldn’t be worked into the new design, so it had to be knocked down. This is the third project we’ve carried out out for these particular clients, with the previous two projects being renovations […] 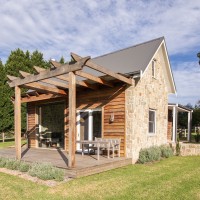 Springview Retreat is nestled in amongst the beautiful hills and farmland of Kangaroo Valley, it’s the ideal place for people to come and unwind, enjoying the uninterrupted views of the surrounding escarpment.  Some of the particular features include: Sawn Ironbark cladding New Guinea Rosewood hardwood windows Exterior and Interior Stone Cladding Ironbark hardwood pergola Spotted Gum […] 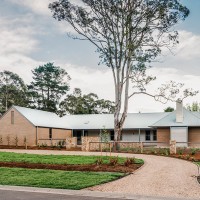 Situated across the road from the farm that’s been in the family for generations, was a sun filled block of land just waiting to be built on. The client’s needs had changed and they required a property manager to assist in running the farm, so they decided to build an investment home for the new […] 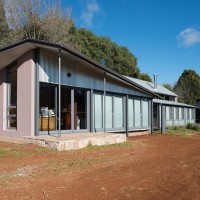 On a rural property with incredible views over the countryside an Architect was given free range to create a quirky library addition to the existing studio on the property. With only two requests from the client, one to capture and maintain the views from the existing and new building, and secondly, the interior had to […] 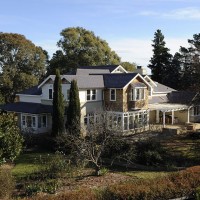 Sited on a picturesque vineyard was an 80’s style brick veneer home that just couldn’t be worked into the design and functionality of the clients brief for a Hampton’s style home that looked like it had been there for years, so it had to be demolished. Some of the particular features and challenges include: Traditional […] 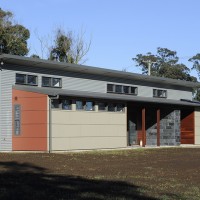 The brief for the Woodlands Road residence called for a modern farm home that blended into the rural landscape, using earthy tones and natural materials. In keeping with the rural theme, skillion roofs, corrugated iron, spotted gum timber, and structural steel were perfect choices for the exterior of the house. Whilst internally, spotted gum timber […] 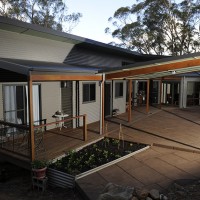 Sited on Mount Alexandra overlooking the village of Mittagong in the Southern Highlands is the Louisa Street house. A lightweight, contemporary home that seamlessly blends into the mountain landscape. Although the site provided many challenges, such as cutting through two metres of solid sandstone to create a plateau for the garage and courtyard, it was […] 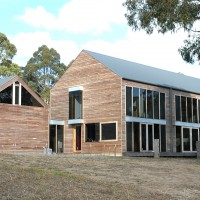 This five bedroom home, set on two hectares of rugged bushland has been described as a rustic mansion. The client’s brief was for a home that was indestructible and would stand the test of time. Reclaimed bridge timbers make up the portal frame of this barn-like house. There was 1½ semi-trailer load’s of these bridge […] 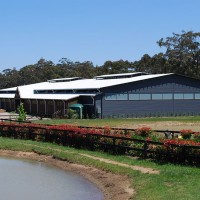 This indoor dressage/show jumping arena that spans 70x35metres, has an OTTO Sport International ebb & flow subterranean irrigation system. The system is designed to water “from below”. By using sensors, the water level is constantly measured & regulated accordingly through a piping system, which allows the footing to remain steadily moist. The surface consists of laying the […] 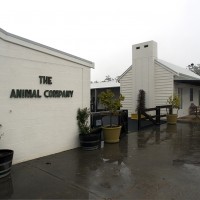 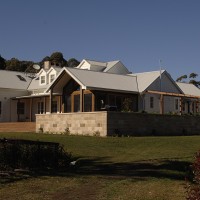 The Wallaby Hill House is set amongst 100 acres of picturesque countryside, which backs onto the Yarrawa State Forest. It combines traditional, rural & recycled materials in a modern, contemporary manner. The exterior of the home has been clad with timber weatherboards and sandstone, and has a colorbond iron roof. Internally, the exposed recycled timber […] 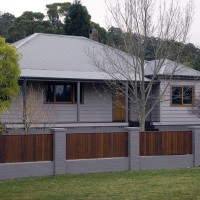 On a quiet street in the Southern Highlands sat an old timber weatherboard home in need of a major renovation. The exterior has been kept more traditional whilst the interior has been given a more contemporary feel. 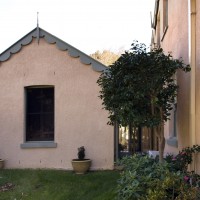 The client required a renovation that would cater to her changing needs, though she didn’t want anything that was out of character with the original home. The extension was attached to the home via a glazed link, which ensured that the heritage garden went undisturbed, in particular the two old camellias. The link was also […] 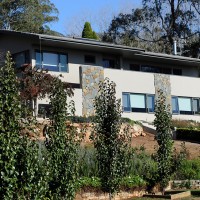 Situated on Mount Gibraltar with extensive views over Mittagong is our Indigo Ridge Home. 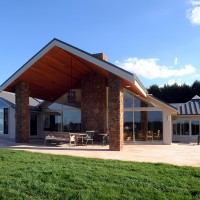 Purchased from previous clients of ours, the new owners wanted to create a whole new feel and add a personal touch to the house, this meant an addition was needed which would help cater for the extended family. 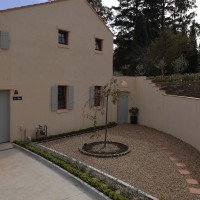 On a small block of land in Bowral, a retired couple required a home that was close to town and easy to maintain. The owner being a retired engineer designed the house modelled on the French “Mas” (a simple and traditional farmhouse of Provence). The land imposed challenges with the design and construction due to […] 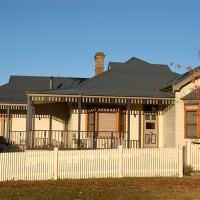 This was a sympathetic extension and restoration of a classic country cottage.